Tapestry panel depicting the story of ‘Jacob and Esau’

In time Isaac married Rebecca and had twin sons, Esau and Jacob. As an old man Isaac became blind. When he was nearing his death, he prepared to follow the custom of blessing his oldest son over a meal, signalling that this son should inherit his father’s goods and wealth. Esau was sent out hunting for meat for the meal. 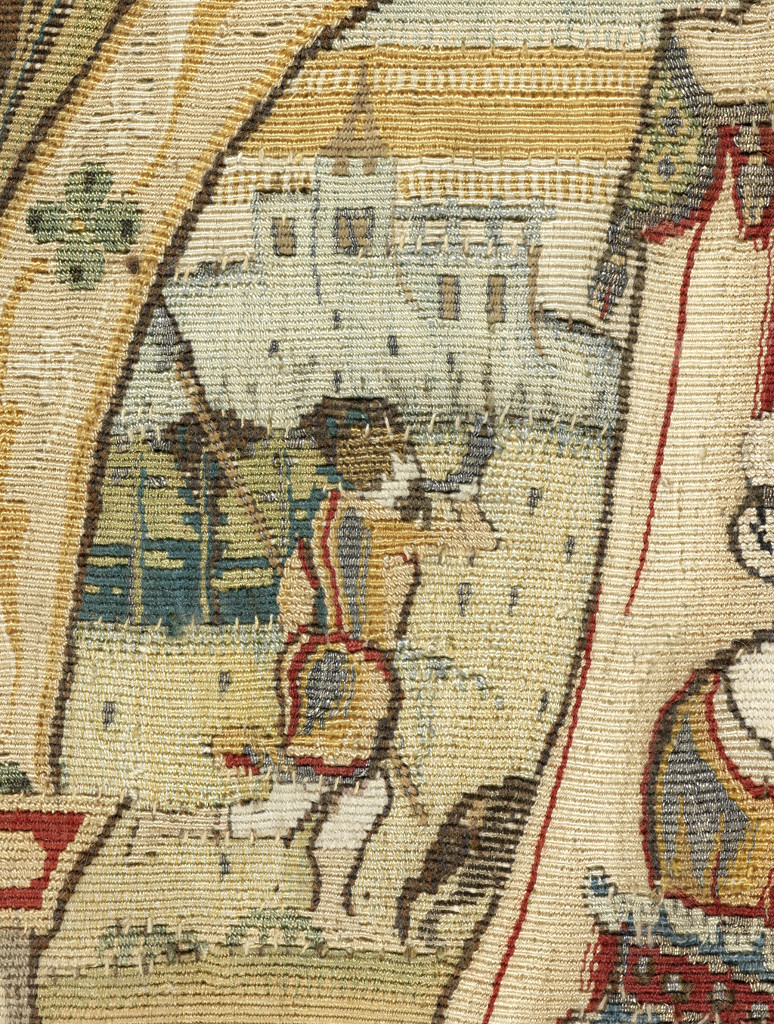 Rebecca, however, considered that Jacob, the younger twin, should inherit. When she saw Esau go out, she realized what was about to happen. She quickly cooked simpler food which Jacob would offer his father before receiving the blessing. There was one problem. Esau was smooth-skinned but Jacob was, in the Bible’s words, ‘an hairy man’. So while his mother held the bed curtain open 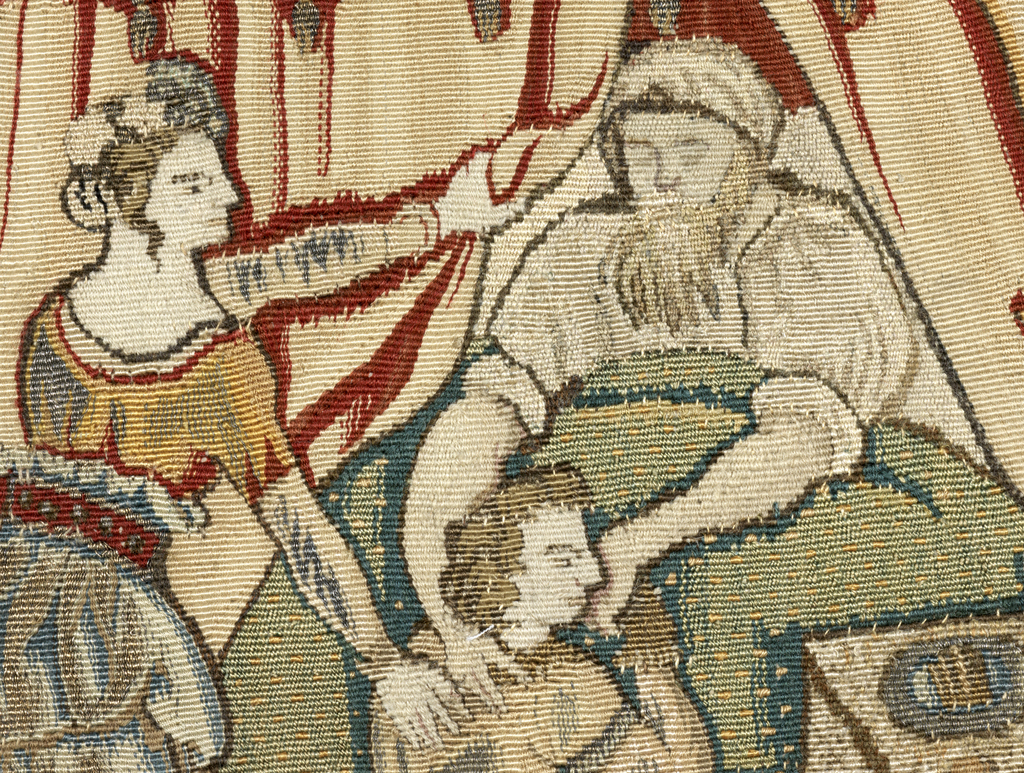 Jacob knelt before his father with goatskin gloves on his hands and a goatskin round his neck so that his blind father, working only by feel, would not notice that he was about to bless the wrong son.

The corners of the arch in the centre of the tapestry were decorated with different flowers: a carnation (left) and borage (right). As with the previous tapestry, the borders are also interesting in their own right. In the horizontal borders are hunting scenes; dogs chase a stag in the upper border 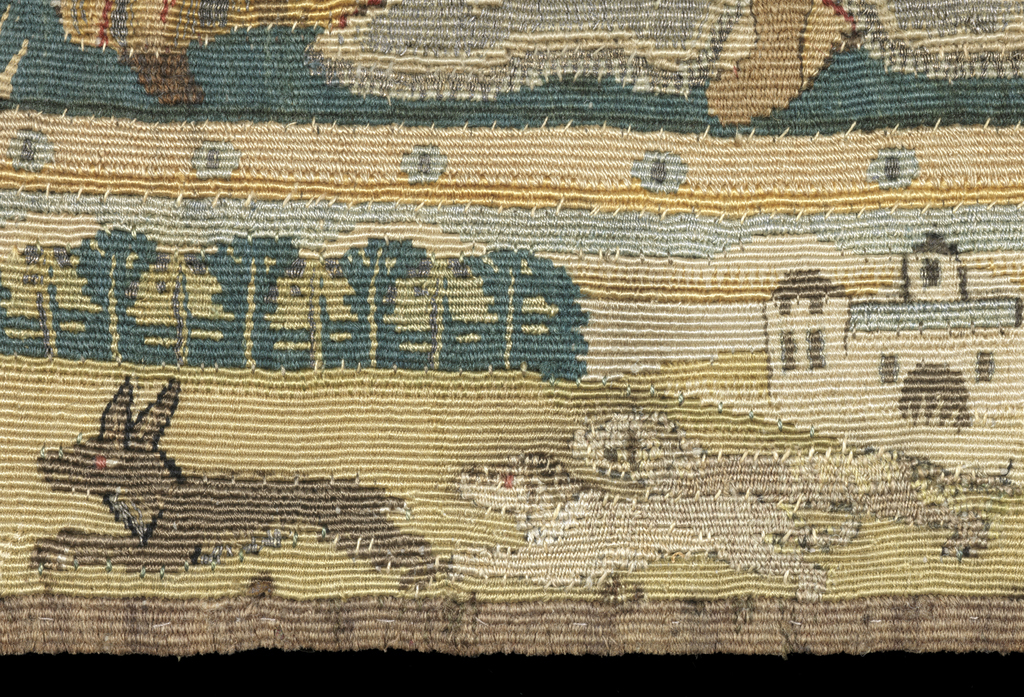 and a fox in the lower border. 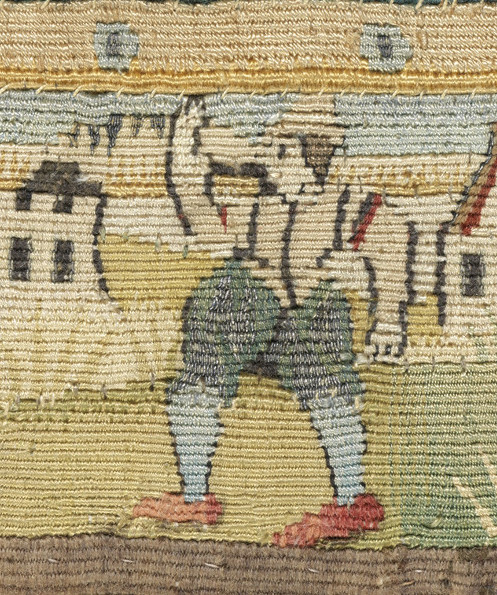 Each huntsman wears differently coloured clothes, and sometimes silver thread can be seen in his breeches.

The vertical borders are again designed in three sections;

top and bottom are two different arrangements of fruit and flowers 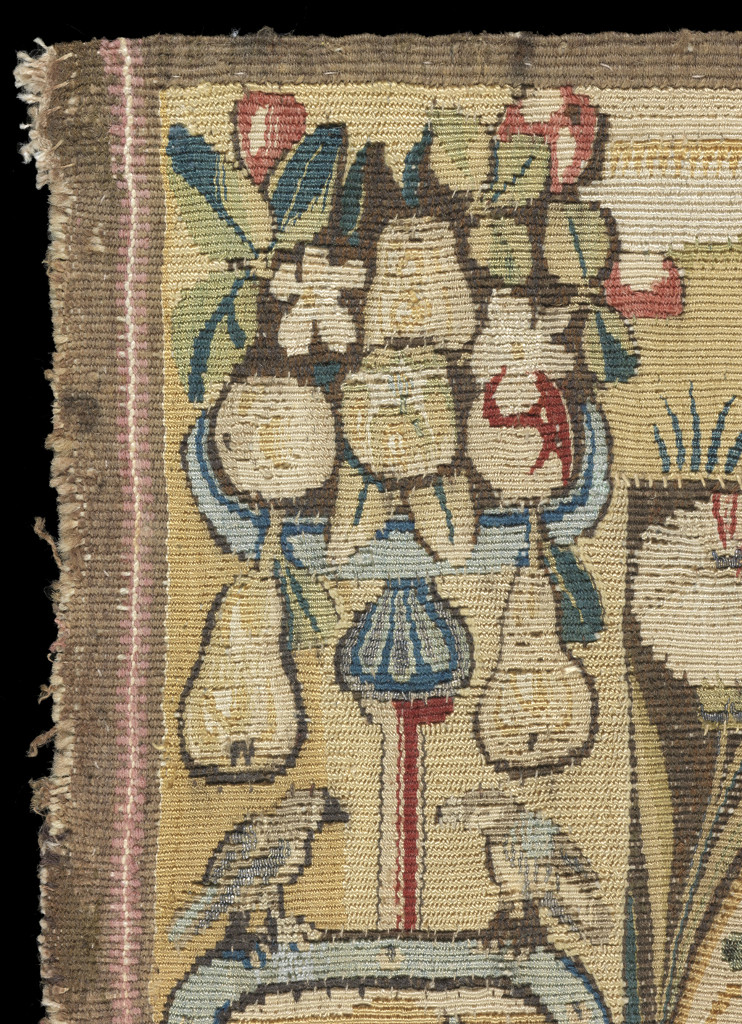 separated by the small figure of an armed man within a semi-circular frame. Two birds perch above it. 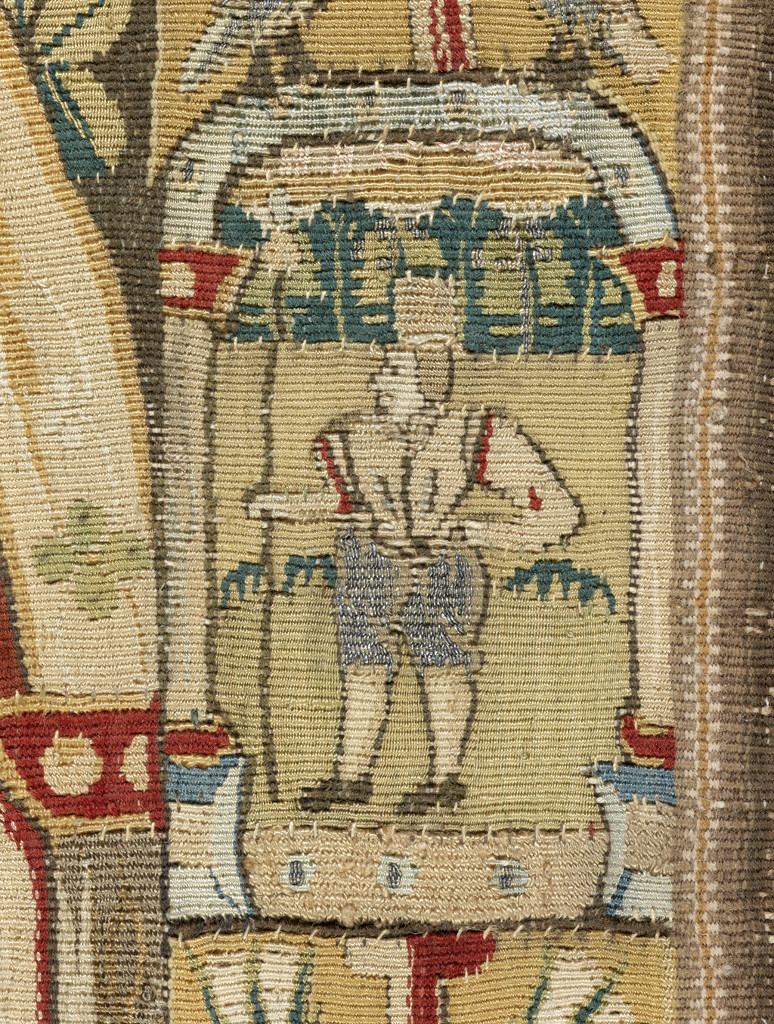 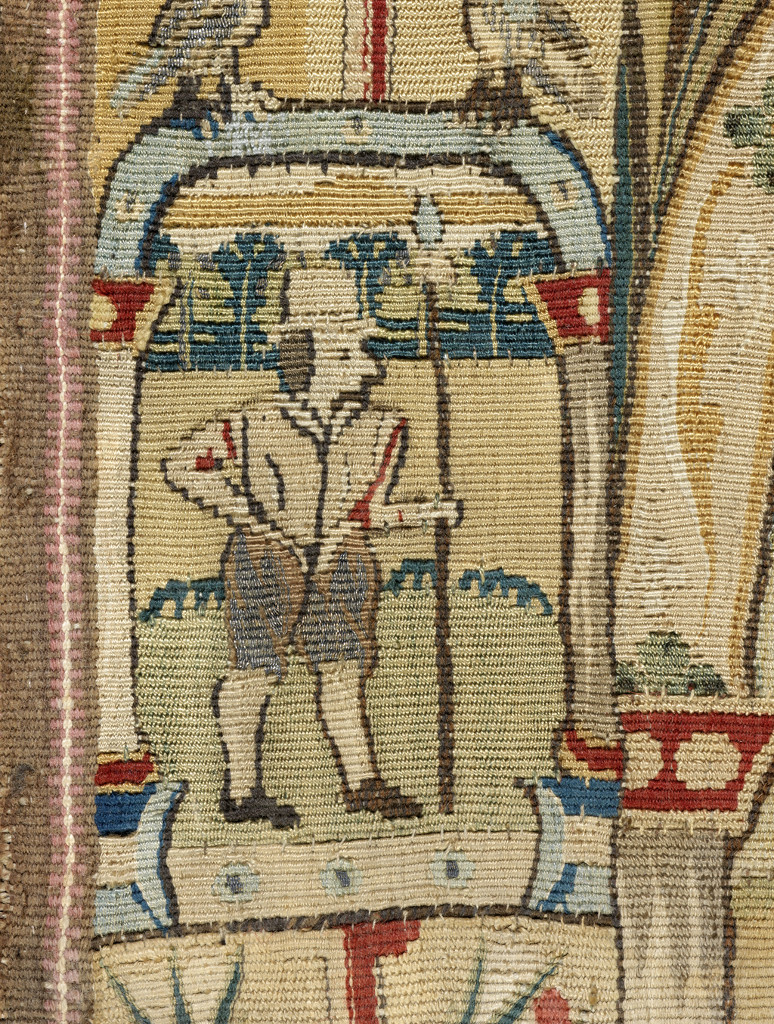 There are at least twenty shades of dyed wool in this tapestry.