One last question remains; to whom did these small products appeal? Who were the purchasers of the cushions and table carpets of both arras and tapestry subsequently listed in inventories? These documents quickly make clear just how many such items were in use in the Elizabethan house though they rarely describe them in sufficient detail to paint an accurate picture. A Yorkshire inventory of 1569 suggests the visual impact of possessions accumulated over the years by a wealthy household53. That inventory provides a very clear glimpse of the clutter of cushions, the clash of colours and the simple patterns worked on heraldically harsh blocks of material; they sit oddly with the biblical themes found in the majority of the small cushions called Sheldon, though the subjects used in these are matched in inventories earlier in the century and suggest a continuing tradition. Yet amongst the seventy-two cushions described none was of woven tapestry. Like many other inventories, at least of the better-off, the Yorkshire inventory makes clear the predominance of embroidered decoration and cushions made from valuable fabrics over tapestry. An analysis of the lengthy inventories of Hardwick Hall, its aim to show the survival rate of cushions of differing materials, incidentally provides an index of popularity for tapestry or arras cushions. Out of 146 cushions, only twenty-two are now in existence. Of the ninety-four listed as being in the New Hall, only eight were of tapestry, none of which is now extant54. All too clearly the fragility of such items is revealed, so that the survival of 121 small ‘Sheldon’ items is remarkable. The inventories of the Worcestershire gentry reveal a similar picture, suggesting that only one in ten households owned either arras or tapestry cushions, though the families had needlework or luxury fabric items and hangings55.

Analysis of a broad selection of Worcestershire, Warwickshire and Oxfordshire inventories56, however, shows widespread distribution of arras cushions, suggesting that such cushions were an item which frequently graced the less well off, rather than the wealthier, household. Around three in ten householders of the ‘middling sort’ owned arras cushions but nothing more ostentatious; their acquisition may represent one of the few touches of luxury (or expense). The figures for Oxfordshire even including prosperous Banbury in the second half of the sixteenth century are lower still. In wealthy Southampton there are only seven specific references to woven cushions out of the nineteen inventories in which the material was identified57. Not only do arras cushions seem to be noticeably fewer in number but they were valued at considerably lower levels than those assigned to cushions of costly fabrics such as velvet and silk embellished with complex embroidery.

Rarely can one reconstruct the appearance of these items. This dearth of information is no surprise; it is uncommon even for large hangings to be described by subject. Except where the assessors were literate, involved in the trade or where Crown property was concerned, tapestries were more often described by size and by the quality of thread used, than by themes58. But although the subjects that decorated cushions are not identified, there may occasionally be an indication of size or shape; items may be described as square, as ‘two short and one long cushions’, or as a ‘window’ cushion, presumably oblong. A listing of Katherine of Aragon’s goods in 1536/35 recorded both the subjects and the sizes of her embroidered cushions; they might be either 19 inches square or 19 inches high and 38 inches, or a little more, in length59. Such dimensions are very close to those of the surviving ‘Sheldon’ items interpreted as tapestry cushions where the average dimensions are 0.5m x 0.5m (19 x 19 inches). 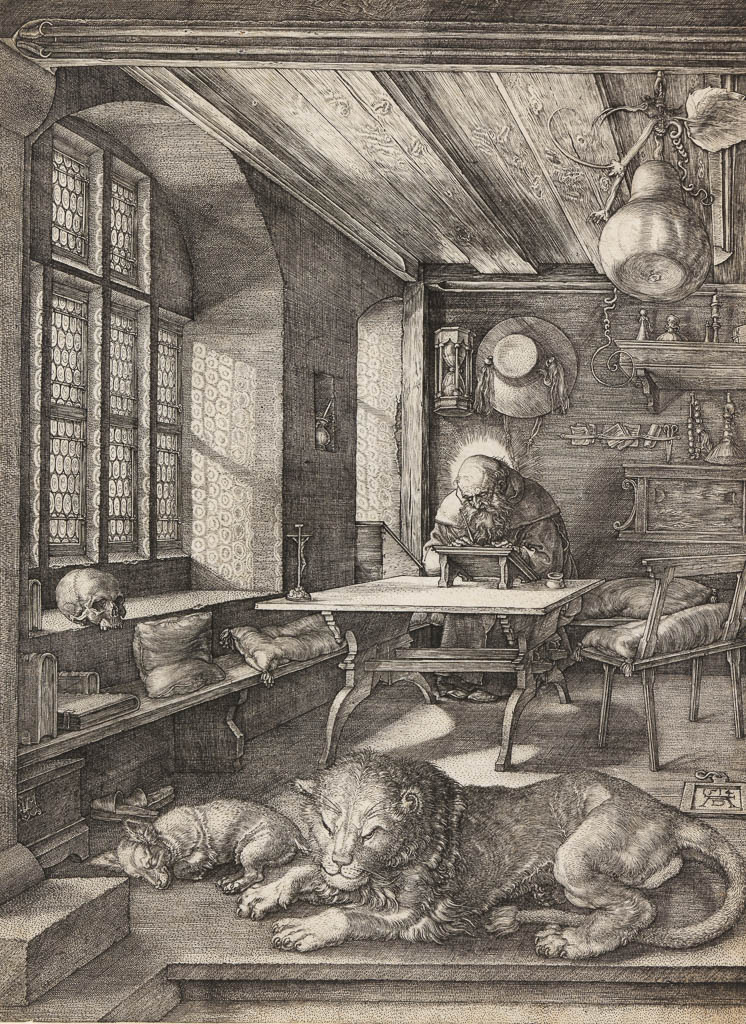 These dimensions are very much smaller than embroidered cushions which were often more than a yard long (1m) and suggest that tapestry items were used in a different way. Stuffing, or over stuffing, the square shape destroys the design, stretching its central scene out of proportion and causing at least one, and usually both, horizontal borders to disappear. Most of the known pieces therefore look well only when seen in a vertical position rather than if placed flat; those that have survived have done so precisely because they show no signs of wear from having been sat on for any length of time. Prints and paintings show that they were most often used against the pillows on a bed or as a prop for the back on a settle or in a window seat. Used in this way cushions can be seen in fifteenth-century pictures, particularly of the Virgin and, in a much later working of the theme, in tapestry where square cushions, loosely stuffed, are placed upright against the back of a wooden settle60.

The Virgin and Child in an Interior, Workshop of Robert Campin

Moreover, tapestry sizes seem to be ill-matched for use with either chairs or stools. The square design is often too large for a chair seat, and can be seen with an ‘overlap’ riding up at the edge of the seat. 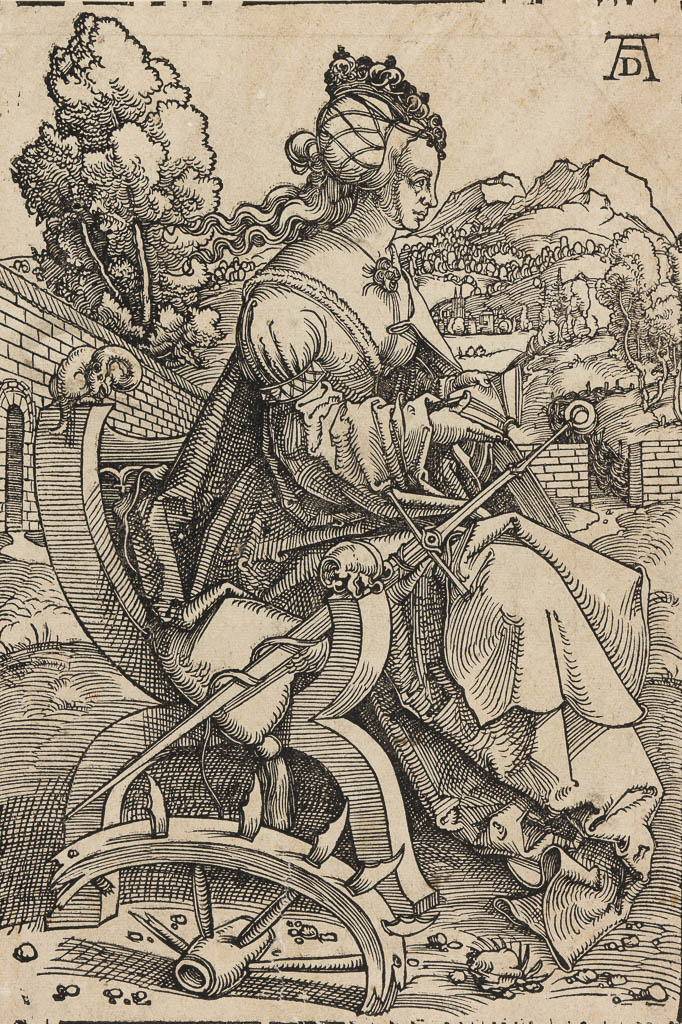 Cushions would have been even more awkward on a polished wooden stool, not least because they would so easily have slipped off. Where the stool was rectangular rather than round, the longer cushion might be preferable; prints show that a man might sit astride an oblong stool placed at right angles to the table, the cushion lengthways beneath him61.