How was tapestry woven

In woven tapestry the undyed warp threads are completely covered by the coloured weft threads which define the picture and provide the colours, but, unlike cloth-weaving, do not run the whole width of the tapestry. The picture can be seen on both sides. 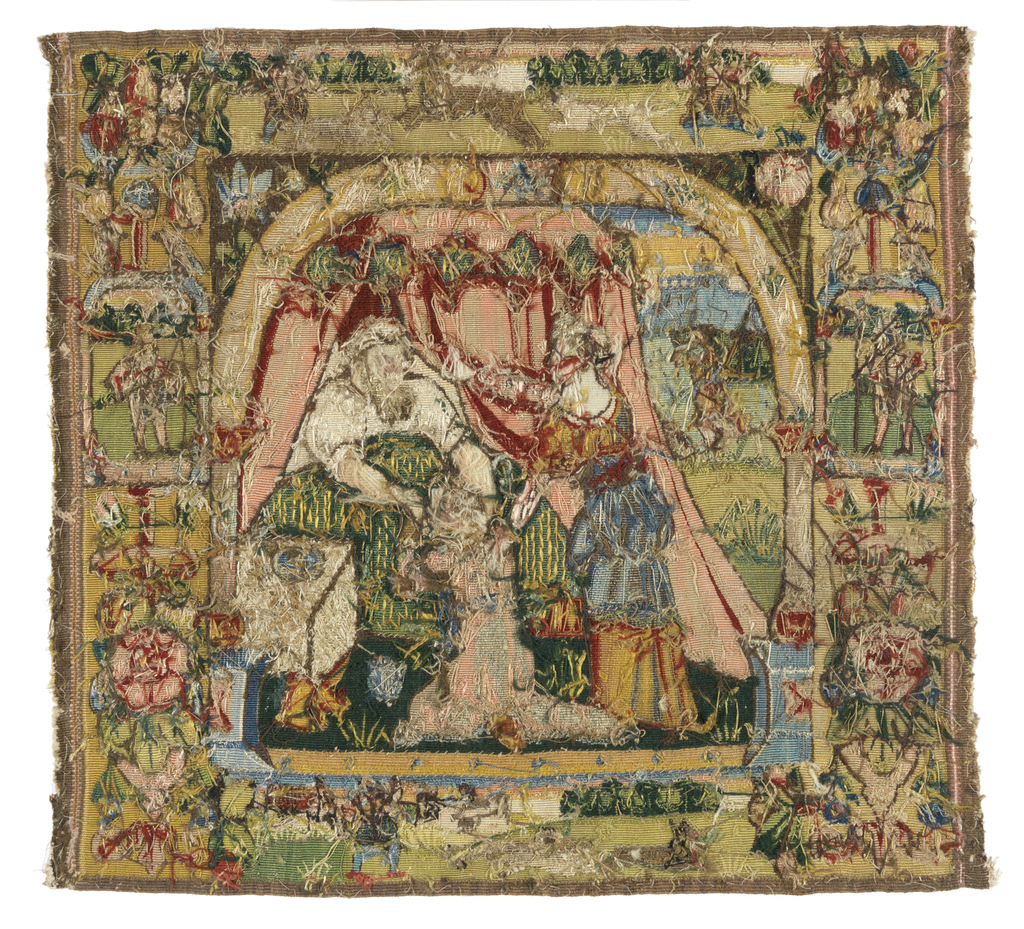 Two kinds of loom were used. On a high warp loom the warp threads, usually uncoloured, are stretched vertically between two rollers slotting into vertical posts forming a rigid frame. The warp threads are separated into two groups by a rod or cross-bar near the upper roller, creating a gap. Through this gap the weaver passes the shuttle on which the coloured weft thread is wound, thus covering one set of warp threads. He then pulls the other group of warps to the front and returns the weft thread in the opposite direction, covering the other set. Later those threads will be pushed down firmly, thus creating a solid block of colour in the design.

On a low warp loom, also a rigid frame, the warp threads are strung on rollers parallel to the floor slotted into a frame; the frame is usually higher at the top than at its base, so that the weaver works on threads on a slight slope. He separates the threads into two groups by depressing foot pedals; the weaving technique remains the same. Very small pieces, like those in the Fitzwilliam, would most probably have been woven on a simple wooden frame, again using the same weaving techniques. When the tapestry is finished it must be cut off the loom. By then the four edges have been woven in a way which means they will not unravel, but sometimes the warp threads are left edging the vertical border as they are in the Tobias tapestry, below.